What is Assault in NYC?

The term “Assault” charges cover a range of crimes in New York, many of which are called battery in other states. New York Assault charges range from serious felonies to misdemeanors, depending upon a variety of factors.

The degree of the criminal charges, whether Assault, usually depends on two factors. The first factor is the type of alleged injury.

Degrees of Assault Charges in NYC 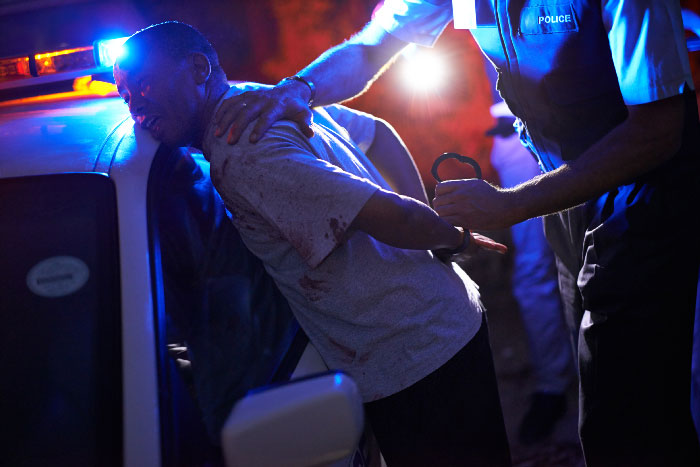 Physical injury which creates a substantial risk of death, or which causes death or serious and protracted disfigurement, protracted impairment of health or protracted loss or
impairment of the function of any bodily organ.

The typical criminal complaint that pleads an Assault charge alleges that a defendant made contact with another person by a punch that caused “substantial pain” and/or another fact such as redness, a laceration and swelling to a particular body part.

Courts have held that substantial pain is more than slight or trivial pain, but the pain does not need to be severe or intense to be substantial. That means that with Assault charges in New York, alleged injuries including a cut or a bruise could fall under the definition of substantial pain. Courts have also held that a Physical Injury does not result from petty slaps, shoves, kicks and the like.

Some examples where Courts have found that a person did not sustain a Physical injury include:

When a person is arrested for an Assault charge in New York the alleged use of a weapon to cause a Physical Injury or Serious Physical Injury aggravates the degree of the Assault.

Weapons in New York are called either a deadly weapon or a dangerous instrument. Under Penal Law Section 10.00(12) deadly weapon means:

Any loaded weapon from which a shot, readily capable of producing death or other serious physical injury, may be discharged, or a switchblade knife, gravity knife, pilum ballistic knife, metal knuckle knife, dagger, billy, blackjack, plastic knuckles, or metal knuckles.

Any instrument, article or substance, including a ‘vehicle’ as that term is defined in this section, which, under the circumstances in which it is used, attempted to be used or threatened to
be used, is readily capable of causing death or other serious physical injury.

In New York, deadly weapons include firearms and a long list of specific weapons. On the other hand, a dangerous instrument can be almost anything that could at least cause a Serious Physical Injury. That includes any sharp object, a person’s shoe and common household objects like the handle of a broom.

Self Defense or Justification: Defenses to Assault Charges in New York

The most significant defense to an Assault charge in New York that a person was defending himself, herself or another person. This is commonly known as self defense. New York uses the legal term Justification, which is defined in Penal Law Section 35.15, and means self defense.

In New York, justification is an affirmative defense, which means that the defense must raise the issue and the burden of proof is by a preponderance of the evidence.

In contrast to the high standard of the prosecution’s burden of proof beyond a reasonable doubt, preponderance of the evidence means only 51%. In fact, when justification is a credible defense, a skilled defense attorney may be able to persuade a prosecutor to dismiss a case entirely prior to a trial or to offer a favorable disposition or plea bargain.

Generally speaking, there are two tests for justification to apply to an Assault charge when a person uses physical force to defend oneself or another person:

Second, a reasonable person in the position of the person charged with Assault, knowing what he or she knew and being in the same circumstances, would have had those same beliefs. It does not matter that the person charged with Assault was or may have been mistaken in his or her belief, provided that such belief was both honestly held and reasonable.

A person who defends himself, herself or a third person, does not have a duty to retreat before resorting to physical force, provided the person actually believed that physical force was going to be used against him or her and the belief was reasonable. However, in New York self defense or Justification where deadly physical force is used is treated somewhat differently.

In addition, in New York there may be a duty to retreat before resorting to deadly physical force. With Assault charges, Justification does not apply if the person charged knew that he or she could with complete safety to himself, herself or the third person could have avoided the necessity of using deadly physical force by retreating. However, a duty to retreat does not apply in a person’s home, even if it can be done safely.

A person charged with Assault may not be the initial aggressor even if they struck the first blow or inflicted the first wound if a person reasonably believed that force was about to used against him, her or a third person.

Assault charges in New York are fact specific. Whether or not Justification applies in a case depends on the specific words and or actions of both parties, the person who was charged and defending himself, herself or a third person and the attacker.

Speak to an experienced and Aggressive Assault lawyer in NYC to determine is self-defense applies in your case, Contact Us Now For A Case ConsultationContact Us

When an Assault case involves Domestic Violence or the defendant and victim know one another, the District Attorney will typically request an Order of Protection. This Order of Protection will usually remain in effect as long as the case is pending and it will prohibit contact and communication of any kind (including via social media) with the protected party or parties.

In most cases, an Order of Protection will be part of the final disposition of the case and will last for a period of years thereafter. 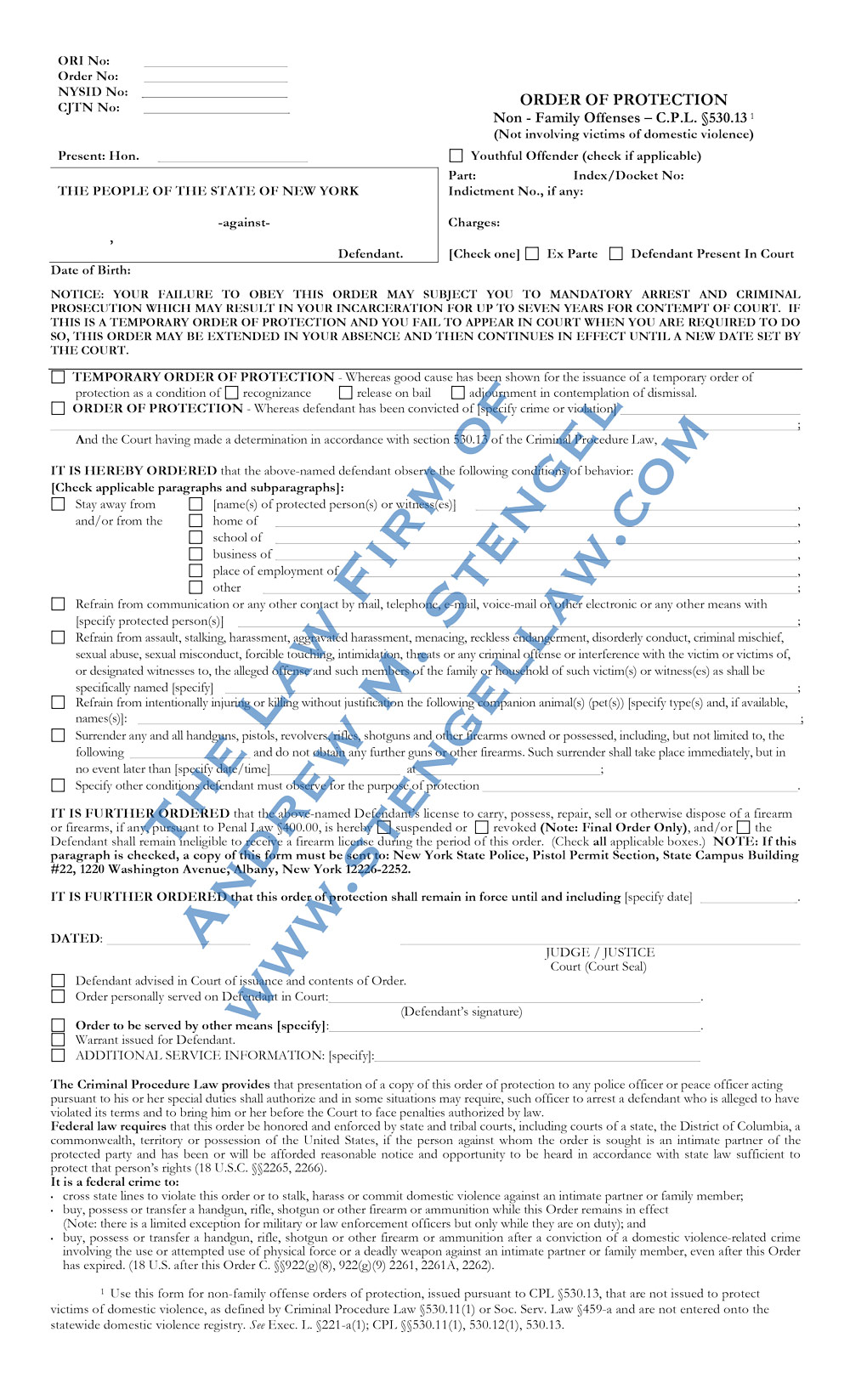 A variety of factors impact the outcome of a felony Assault charge, including:

Thus, the possible outcomes range from dismissal or a plea bargain to a misdemeanor charge and even several years in prison.

Hate Crimes and Assault: What is a Hate Crime in NYC?

An Assault or other crime will be charged as a hate crime if there is evidence that the alleged act was committed because of a belief about the complaining witness’s race, color, national origin, ancestry, gender, religion, religious practice age, disability or sexual orientation.

Note that it does not matter whether or not that belief is accurate: a defendant who Assaults a person of Middle Eastern ancestry on the assumption that he or she is Muslim will be guilty of a hate crime even if it turns out that the complaining witness was actually Christian or Hindu or even agnostic.

The criminal justice system is complex and can be intimidating and confusing, particularly in New York City. Hiring the right NYC Assault defense attorney is crucial in achieving the best possible outcome when one is charged with Assault in New York.

Assault Charges Can Have Serious Consequences, Contact Us Now For a Free, Confidential Case ConsultationContact Us

If you or a loved one is charged with Assault in New York City, we’re here to help.

Contact us via the live chat below, through our contact form here, or call us at  (212) 634-9222. Case consultations are free and confidential, and you will speak with Andrew M. Stengel directly.