While New York does allow for limited medical marijuana use, possession of marijuana (or “marihuana,” as it is called in the New York Penal Law) is still a crime in any other context.

Possession of Marihuana in New York

The charge associated with possession of marijuana in New York depends on both the amount of marijuana possessed and the circumstances of the possession. 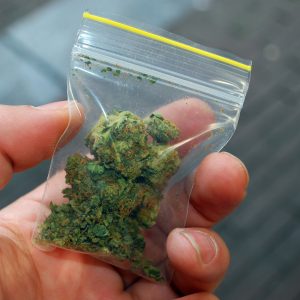 Unlawful Possession of Marijuana—known as UPM—is the least serious marijuana-related offense in New York. UPM, Penal Law Section 221.05, is defined as knowingly and unlawfully possessing marijuana, and is a violation, not a crime. A first offense is punished by a $100 fine. The penalty does increase with multiple convictions. A third offense within three years carries a penalty of 15 days in jail and a fine of up to $250. However, as a practical matter, this rarely occurs. As a former Assistant District Attorney in Manhattan, I arraigned thousands of defendants and never saw a person sentenced to jail for UPM alone.

It is unusual for a person to be arrested for UPM alone. More often, the charge results when someone is arrested for another crime and found to be in possession of a small amount of marijuana at the time of the arrest.

If you’ve been charged with UPM in conjunction with another crime in New York, contact our office to get advice from an experienced criminal defense lawyer.Contact Us

Criminal Possession of Marijuana in the Fifth Degree

The most commonly charged marijuana crime in New York is known as Criminal Possession of Marijuana (CPM) in the Fifth Degree, Penal Law Section 221.10. This crime occurs in one of two ways: 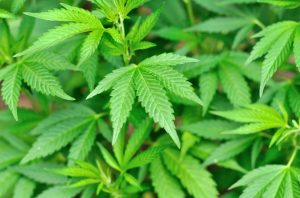 Note that in some areas of New York City, simply holding a marijuana cigarette will trigger an arrest. Thus, if police witness a group of people passing a joint, each person who touched or held the joint could be charged with CPM in the Fifth Degree.

CPM in the Fifth Degree is a class B misdemeanor, carrying a maximum sentence of up to 90 days in jail. However, a criminal conviction can usually be avoided for a first offense. If a person is convicted of the crime, either through a plea agreement or verdict after trial, it is often still possible to avoid jail time. However, a conviction of CPM in the Fifth Degree will result in a criminal record.

Marijuana Adjournment in Contemplation of Dismissal

In the vast majority of first offense Unauthorized Possession of Marijuana and Criminal Possession of Marijuana in the Fifth Degree cases, it is possible to negotiate a Marijuana Adjournment in Contemplation of Dismissal (MACD). Assuming that any associated terms are successfully completed, the charges will be dismissed and the case sealed after 12 months.

An MACD may also be offered in connection with certain other marijuana-related crimes. However, a person who has previously benefitted from an MACD will not be eligible.

Criminal Possession of Marijuana in the First, Second, Third and Fourth Degree

The degree associated with a CPM charge is determined by the weight of marijuana possessed. The classification is:

If you’ve been charged with Criminal Possession of Marijuana, don’t take action without reliable information and advice. Contact us today.Contact Us

While it is a crime to possess even a small amount of marijuana without proper authorization under New York’s medical marijuana program, enforcement of low-level marijuana laws varies from county to county. Brooklyn District Attorney Ken Thomson has stated that Criminal Possession of Marijuana, possession of under 25 grams, will not be prosecuted in Criminal Court.

NYPD Policy on Possession of Small Amounts of Marijuana

The New York Police Department (NYPD) also announced late in 2014 that it would not arrest people for open possession of less than 25 grams of marijuana if the substance is not burning and the possession is consistent with personal use. This is codified in New York City Police Department’s Patrol Guide.

Instead, the NYPD will issue a criminal summons with the charge of Unlawful Possession of Marijuana (UPM). Many cases in summons court are dismissed, so long as the defendant follows proper procedures. Failure to appear when summoned will result in arrest.

None of this should be construed to mean that it is legal, acceptable or risk-free to openly possess or use marijuana in the state of New York. It is important to note that these policies apply only in limited areas, and that there is leeway for an arrest even when the policy might not normally dictate one. For example, police may argue that the circumstances of the possession were consistent with sale rather than personal use.

In most cases, marijuana sale statutes are based on weight, just like possession charges. The general breakdown is:

There are two circumstances in which the charges for sale of marijuana deviate from the standards above.

Sale of marijuana carries a possible jail or even prison sentence, but alternatives may be available. In some cases, a person charged with selling marijuana may even be eligible for an MACD. Contact us as soon as possible to learn more about how we can help.Contact Us
About The Law Firm of Andrew M. Stengel