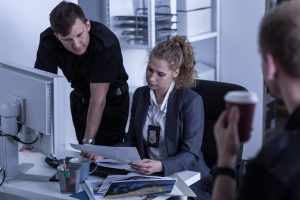 The New York City Police Department and local police departments are not the only law enforcement agencies empowered to conduct criminal investigations in New York. Some other federal, state and local authorities that investigate possible crimes include:

And these are just a few of federal, state and local investigative agencies, many of which have overlapping authority. Some of these law enforcement agencies are narrowly focused on specific types of crime, while others have broad authority to investigate a range of alleged crimes. Attracting the attention of any of these law enforcement agencies is bad news, because criminal charges often, though not always, follow.

Many New Yorkers who know or suspect that they are under criminal investigation take a “wait-and-see” approach, hoping that charges will not be filed by a prosecutor. That is a serious mistake, as the period of investigation offers opportunities for a target of an investigation. The safest course of action is to consult an experienced criminal defense lawyer as soon as you believe that you are or may be under investigation.

Advantages of Hiring an Attorney While Under Criminal Investigation

A New York criminal defense attorney can help guide you through an investigation with a strategy to protect your rights, preventing you from unwittingly helping investigators build a case against you. An experienced advocate may be able to mitigate the charges or penalties, or even avoid criminal charges entirely. The longer you wait to seek representation of a criminal defense attorney, the more likely it is that you will harm your case.

Talk to a Lawyer before Talking to Investigators

If you’re under investigation, you may unintentionally become the best source of information that can be used against you. For example, you may not fully understand that:

When you retain a criminal defense attorney to protect your rights throughout the investigative process, your attorney should:

You May Be Able to Avoid Criminal Charges

More often than not, these explanations do more harm than good—whether they are true or fabricated. Even in the best case scenario, the investigator may not be ultimate decision-maker as to whether or not to prosecute.

Generally, the best opportunity to avoid charges will be for your attorney to speak with the police or investigator, present exculpatory and/or contextual evidence on your behalf and point out weaknesses in the case. It is usually the District Attorney who will ultimately decide whether or not to file charges and which crimes to charge.

A criminal investigation doesn’t always result in criminal charges. Contact us today to learn how we can protect your rights.Get in Touch

Your Attorney Can Gather Evidence to Defend You Against Criminal Charges 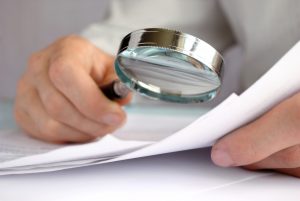 Whether you retain a criminal defense lawyer during an investigation or after you have been charged with a crime, your attorney will conduct their own investigation, assemble evidence on your behalf and speak with witnesses who may impact the outcome of your case. However, criminal investigations may take many months. That means that by the time charges are filed, evidence may be lost and investigators may have spent a significant amount of time developing relationships with key witnesses.

The sooner you hire a criminal defense lawyer, the better opportunity that attorney will have to build a strong defense for you.

The Pitfalls of Delaying Hiring a Criminal Defense Lawyer

If you choose the “wait-and-hope” approach, you may:

If You are Under Criminal Investigation, Talk to an Attorney Right Away

In the early stages of a criminal investigation in New York, the outcome may be wide open. The sooner you put the case in the hands of an experienced criminal defense lawyer, the more opportunity you will have to work toward a favorable outcome.

A criminal investigation can have a serious impact on your life. Get help now.Contact Us
About The Law Firm of Andrew M. Stengel