Get Your Criminal Record Sealed in NYC 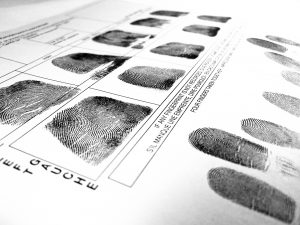 Historically, criminal convictions could not be sealed in New York, with certain limited exceptions. For example, violations such as Disorderly Conduct and Harassment (unless involving an allegation of domestic violence) typically seal automatically within two years. However, a new law taking effect in New York as of October 2017 allows for the sealing of many felony and misdemeanor convictions. The new sealing provisions are found in Criminal Procedure Law Section 160.59

A Well-Constructed Application Can Make All the Difference

An experienced criminal defense attorney understands the type of information that will help to persuade a judge, and knows how to showcase that information to your advantage. If you are considering applying to seal a criminal record, your next step should be to talk to a criminal lawyer.

Not All Criminal Records are Eligible for Sealing

The provision for sealing criminal records applies specifically to misdemeanors and felonies. Violations typically seal automatically after a certain amount of time, and traffic infractions never seal. However, not every felony or misdemeanor conviction is eligible for sealing.

Crimes Excluded from the Sealing Law

Crimes that may never be sealed include: 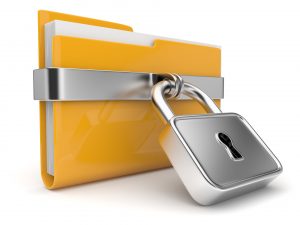 Additionally, only two criminal convictions may be sealed, and only one of those may be a felony conviction. However, if multiple convictions resulted from a single set of facts, those convictions will be treated as one conviction for purposes of the sealing act. Thus, if several convictions stem from the same act, it may actually be possible to seal more than two convictions.

Technical eligibility for sealing is not a guarantee that a criminal conviction will be sealed. Rather, the person seeking to seal the conviction must submit an application, after which the court will consider the following seven factors:

The Process for Sealing Criminal Convictions in New York

The District Attorney has 45 days in which to enter an objection to the conviction being sealed. After the prosecution has either entered an objection or allowed the 45-day period to expire, the judge will consider the seven factors set forth in the statute and determine whether to grant the application.

What Does It Mean to Seal a Criminal Record?

Sealing criminal records should not be confused with expungement. While an expungement wipes out a criminal record, sealing of the record is exactly what the phrase implies. A criminal record that is sealed continues to exist, but is “locked,” or inaccessible to most people under most circumstances.

New York does not offer expungement. However, when a criminal conviction is sealed, related material such as fingerprints, mugshots, and DNA samples are destroyed. Additionally, the records that do remain are available only to a very limited number of people, and only under specific circumstances.

For example, the person convicted of the crime may access the records, as may an agent appointed by that person, such as a criminal defense attorney. Parole officers may review sealed records only if the convicted party is arrested while on probation or parole. Even police and Assistant District Attorneys cannot access the records without a court order, which will typically be granted only for a compelling reason. Most often, law enforcement and prosecutors are permitted access to sealed criminal records if they are relevant to new charges filed against the person whose records have been sealed.

Get help from a seasoned criminal defense lawyer right away to seal your criminal conviction.Contact Us
About The Law Firm of Andrew M. Stengel