For most people, “DWI” brings drunk driving to mind. While it is true that most Driving While Intoxicated charges relate to alcohol, it is also a crime to drive after consuming drugs or a controlled substance. In New York, this crime is called Driving While Ability Impaired by Drugs or “DWAI by Drugs,” Vehicle and Traffic Law Section 1192(4). The impairment may be attributable to the use of a single drug, or a combination of drugs, alcohol and/or controlled substances. Retaining an experienced DWI by Drugs lawyer in NYC early on is essential in reaching a favorable outcome.

One important factor when hiring a DWI or DWI Drugs lawyer is the special training the lawyer may have. Police receive specialized training for DWIs including Standardized Filed Sobriety Tests (SFSTs) and Advanced Roadside Impaired Driving Enforcement (ARIDE).  The best DWI and DWI Drugs lawyers in New York also have this training.

Driving Under the Influence of Prescription Drugs

In New York, authorization to use a drug or controlled substance is not a defense to DWAI by Drugs. For example, a person who has a valid prescription for opiates may legally take those drugs, but is still prohibited from driving while impaired by the use of those drugs. So, a person having taken the legally prescribed dose of a legal drug may still be convicted of DWAI by Drugs.

If you’ve been charged with DWAI by Drugs in New York, get professional advice right now. Your future is on the line. Contact Us 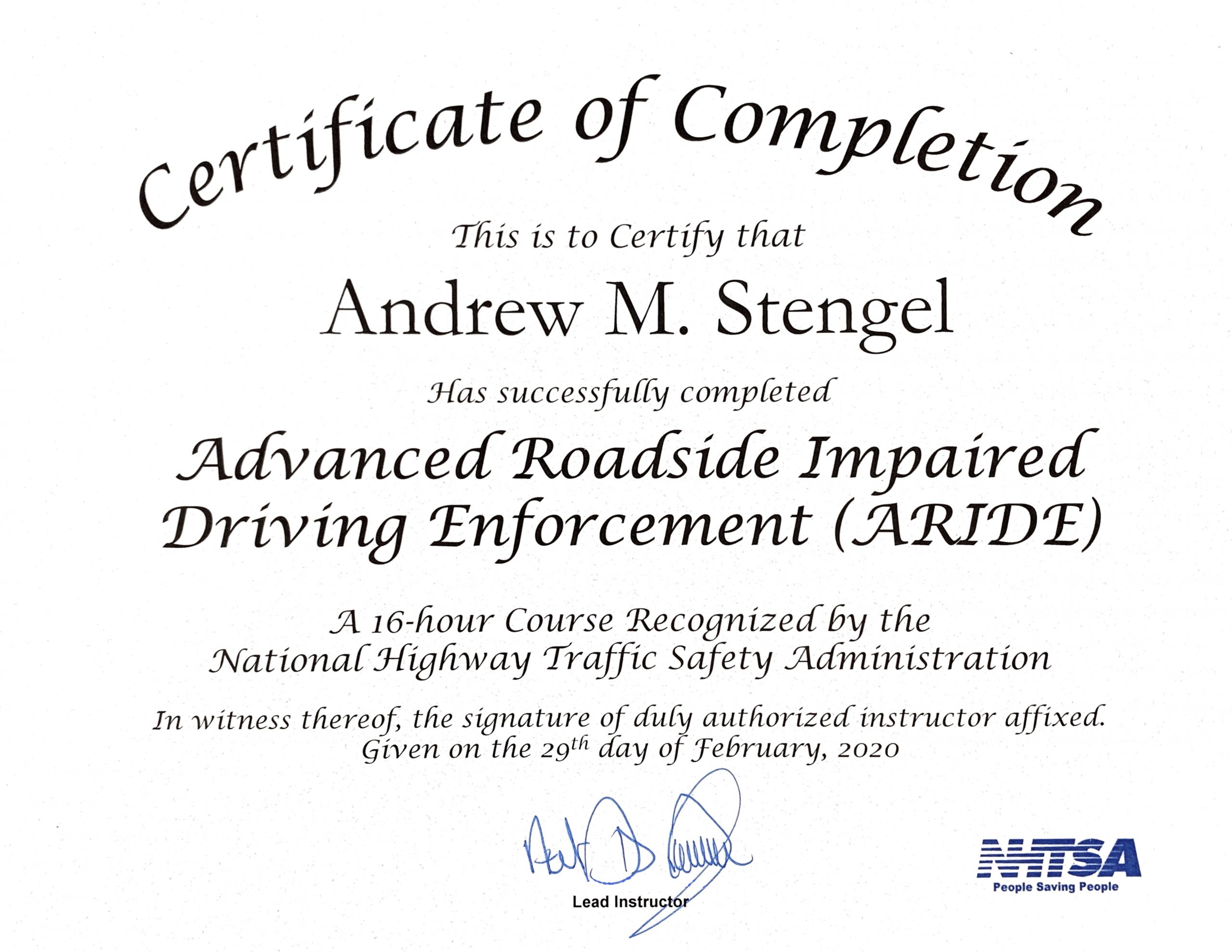 As in any criminal case, the District Attorney (DA) has the burden of proving each element of the DWAI by Drugs beyond a reasonable doubt. That is a high standard, and it is often all the more difficult to meet in a drug-related driving while impaired case.

DWAI by Combined Influence of Alcohol and Drugs

When a driver is suspected of driving under the influence of alcohol, there may be clear signs and measures that are applied in most cases. But, there is no handy roadside device to measure the presence of opiates in your system, or to determine the extent to which you might be under the influence of marijuana like a breathalyzer does with alcohol.

Likewise, the police generally will not be greeted by the odor of your prescription medication when you roll down the window to hand over your driver’s license and insurance card. Of course, marijuana may be a different story.

None of this means that it is safe to drive under the influence of drugs—legally or in human terms. Driving While Ability Impaired by Drugs is a crime for a reason, and getting behind the wheel under the influence puts you at risk of harming yourself or others.

In addition, drug-related DWAI charges are generally harder to prove than alcohol-related charges, but it’s not impossible. People are convicted of DWAI by Drugs, and the penalties are serious.

If you’ve been charged with DWAI by Drugs in NYC, get the help you need to hold the prosecution to that high burden of proof right now.Get Help

Penalties for DWAI by Drugs

Like other DWI-related charges, DWAI by Drugs carries more serious penalties for subsequent convictions. A second conviction within 10 years is a Class E felony, carrying a potential penalty of:

A third offense in ten years will be charged as a Class D felony, which may mean:

Other fees and costs also apply to these convictions.

For purposes of classifying a DWAI by Drugs offense as a second or third offense within a 10-year periods and pursuing felony charges, the previous conviction need not have been identical to the current charges. For example, a conviction during the past 10 for driving under the influence of alcohol will support the charging of DWAI by Drugs as a Class E felony.

DWAI by Drugs after an Aggravated DWI Conviction

A driver with a prior Aggravated DWI conviction will face a minimum 18-month driver’s license revocation when convicted of DWAI by Drugs, just as he or she would if convicted of DWI.

Indirect Consequences of a DWAI by Drugs Conviction

Like DWI charges associated with alcohol, a conviction based on the use of drugs or controlled substances, or a combination of drugs and alcohol, will have a serious impact beyond the direct penalties imposed by the court.

For example, a DWAI by Drugs conviction can interfere with your eligibility for certain types of employment or licensing.

The bottom line is that a DWAI by Drugs conviction can carry serious consequences in New York. If you have been arrested for driving while impaired by drugs, get the help you need right now.Contact Us