What is Menacing in NYC?

Menacing Charges Require an Experienced and Aggressive Defense Lawyer, Contact Us Now For A ConsultationContact Us

What are Menacing Charges? 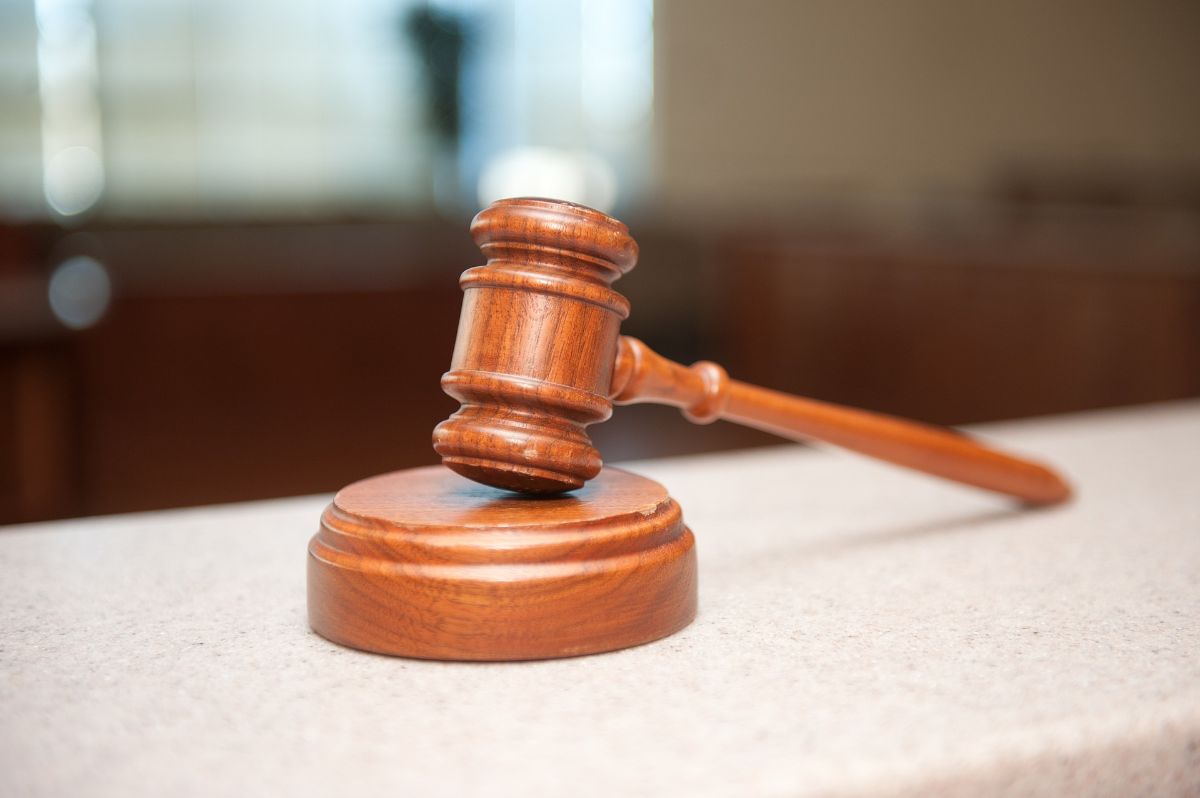 Menacing charges in New York typically involve a combination of 3 allegations. First, a physical menace. Second, placing or attempting the place another person in fear of a physical injury or worse. Third, the act of placing fear or attempting to place the fear is done intentionally. All 3 elements are questions of fact that depend on specific allegations in each case. For example, there is no single rule of what acts do or do not constitute a physical menace.

First, a physical menace requests act. The classic example is pointing a firearm at another person if the other person does not know that the firearm is unloaded. Courts generally require, as the element states, an allegation of a physical act. Words alone are probably not enough to constitute a Menacing charge, though that could be the basis of a different criminal charge such as Harassment in the Second Degree or Criminal Possession of a Firearm.

Third, the alleged act of placing or attempting to place another person in fear of physical injury or worse, must be done intentionally. Under Penal Law Section 15.05(1) New York defines intentionally as a conscious objective to cause a result or to engage in the conduct. Therefore, where Menacing charges require an act to be done intentionally it is a defense if it was not in fact done so.

Menacing and Other Charges in New York

Due to the nature of Menacing charges, often other charges are often brought at the same time. The most commonly charged crimes with Menacing include: Harassment, Stalking, Assault and Weapons Possession. For example:

The range of punishments for the 4 different degrees of Menacing in New York range from a class A or B misdemeanor to a class D or E felony. Based on the nature of the alleged acts, an aggressive and experienced defense lawyer is often able to obtain a dismissal of the charges or a favorable plea bargain. However, every case is different.

Short of a complete dismissal, an important factor in determining the outcome of Menacing charges involves the relationship between the person charged and the complaining witness and any history between the two parties. In addition, as part of any disposition, an Order of Protection may be required. The Order of Protection, which is typically issued during the pendency of the charges, may be extended for a period of years following disposition of Menacing Charges.

Menacing Charges Can Be Serious, Contact Us Now For A ConsultationContact Us

In New York, Menacing in the Third Degree, Penal Law Section 120.15, is a class B misdemeanor.

Menacing in the Third Degree is charged when a person allegedly “by physical menace, he or she intentionally places or attempts to place another person in fear of death, imminent serious physical injury or physical injury.”

As a class B misdemeanor, the maximum sentence for Menacing in the Third Degree is 90 days in jail. However, barring extraordinary circumstances, misdemeanor Menacing charges often lead to a complete dismissal or a favorable plea bargain to a non-criminal offense.

Sentencing for Menacing in the Third Degree in New York

Other favorable outcomes include an Adjournment in Contemplation or ACD, which is dismissed and sealed in 6 months or 1 year. The duration of the ACD hinges on if the allegations are categorized as a Family Offense, which involves either a family member of the person charged or if the person charged was once intimate with the complaining witnesses.

In addition to an ACD, other favorable outcomes include plea bargains to non-criminal charges like Disorderly Conduct and Harassment in the Second Degree. The Order of Protection for both non-criminal charges is in effect for 2 years. At the end of the 2 years, if a person has obeyed the Order and stayed out of trouble, then the case is sealed, but it is not dismissed like an ACD. However, the case is not sealed if the plea bargain was to Harassment in the Second Degree and the allegations involve a Family Offense.

Menacing in the Second Degree in NYC

In New York, Menacing in the Second Degree, Penal Law Section 120.14, is a class A misdemeanor. The crime is punished by up to 1 year in prison.

Menacing in the Second Degree is charged in 3 circumstances:

The first type of Menacing in the Second Degree involves the alleged use of a weapon to place a person in reasonable fear of at least a physical injury. The types of weapons under this provision are broad. Both a deadly weapon and dangerous instrument are defined under New York law. Penal Law Section 10.00(12) defines a deadly weapon as any operable firearm as well as the life of many per se weapons.

Dangerous instrument is defined under Penal Law Section 10.00(13) as “any instrument, article or substance [including a vehicle], under the circumstances in which it is used, attempted to be used or threatened to be used, is readily capable of causing death or other serious physical injury.”

That includes nearly anything imaginable that could cause a serious physical injury, including ordinary, non-obvious weapons. The provisions also includes causing a reasonable fear to a person with what appears to be a firearm. That means that a Menacing in the Second Degree charges do not necessarily need to involve a firearm. The crime could be charged for what merely appears to be a firearm, such as a replica or a toy that is not obviously an actual firearm.

Notable in this version of Menacing in the Second Degree, is the term reasonable fear.  That means that the fear will be judged by an objective standard, whether or not a reasonable person would have a fear of at least a physical injury and not by a person’s subjective belief.

Third, Menacing in the Second Degree is charged for the alleged violation of the Order of Protection. The Order may be issued in criminal court or Family Court in New York or a Court in any state. If the Order was issued in New York, then Menacing in the Second Degree charges can be based on either a full or limited Order of Protection.

A full Order requires a person to stay away from the home, school or place of business of a protected person or persons and refrain from communicating from the same party of parties. A limited Order bars a person from committing a crime against a protected party or parties, which is also included in a full Order. However, if the charges are based on an Order issued from another state then the Order must require a person to stay away from the complaining witness.

Menacing in the Second Degree Sentences in New York

Menacing in the Second Degree is a class A misdemeanor and the maximum punishment is up 1 year in prison. However, barring extreme allegations with strong evidence and a prior criminal history, an aggressive and experienced defense attorney is often able to obtain a non-criminal disposition or complete dismissal of the Menacing charge.

Some other sentencing options include an Adjournment in Contemplation of Dismissal or ACD or a plea to Harassment in the Second Degree or Disorderly Conduct. Often Menacing in the Second Degree charges that result in a plea bargain also include obeying an Order of Protection, which is in effect during a case, for a period of time that may between 6 months to 2 years following a disposition.

Menacing in the First Degree

Menacing in the First Degree is charged under 2 circumstances:

Menacing in the First Degree Sentences in New York

Due to the nature of the recidivist allegations, it may be challenging to obtain a favorable plea bargain or a non-prison outcome, however, it is not impossible. Other sentencing possibilities include a 3-year conditional discharge, up to 5 years probation and up to 6 months jail followed by a period of probation. 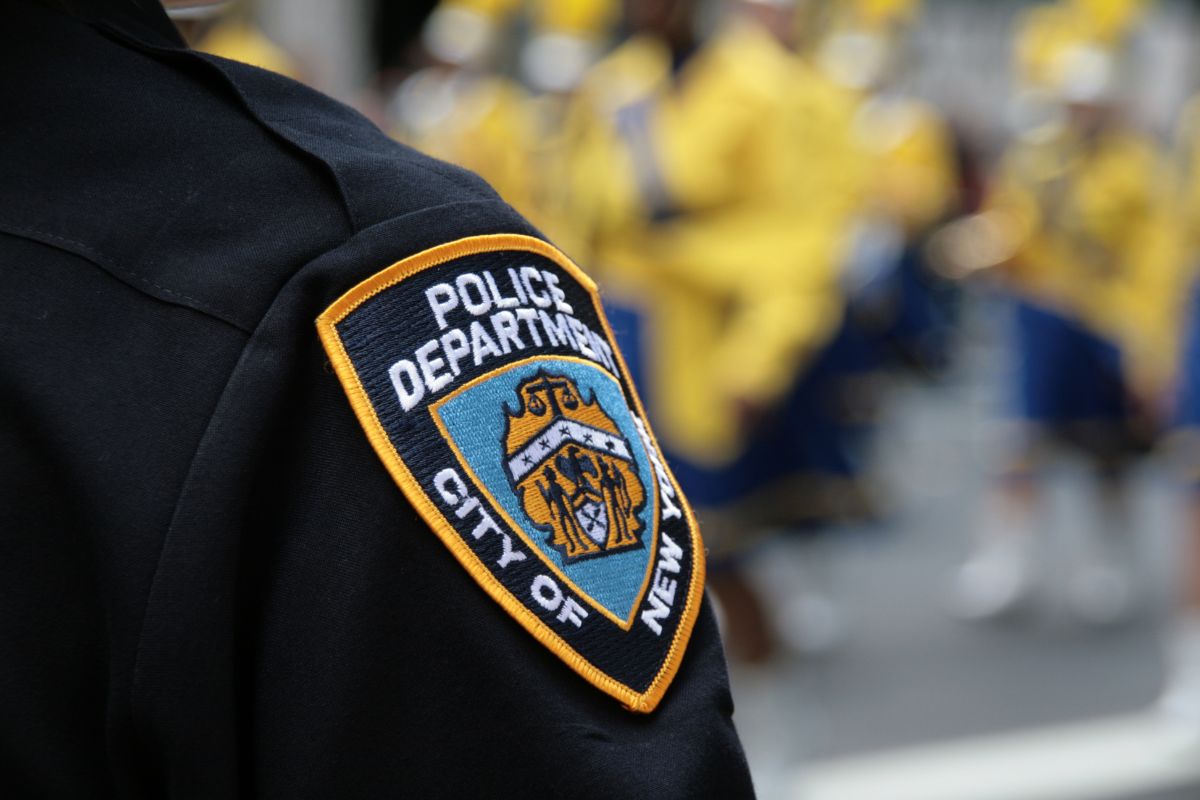 The maximum prison sentence is 2 1/3 to 7 years and the minimum is 1 to 3 years if a person does not have a prior felony conviction. The crime is specific to complaining witnesses who are either a police officer or a peace officer.

Menacing a Police Officer or Peace Officer is charged when “he or she intentionally places or attempts to place a police officer or peace officer in reasonable fear of physical injury, serious physical injury or death by displaying a deadly weapon, knife, pistol, revolver, rifle, shotgun, machine gun or other firearm, whether operable or not, where such officer was in the course of performing his or her official duties and the defendant knew or reasonably should have known that such victim was a police officer or peace officer.”

Second, Menacing a Police Officer or Peace Officer charges require a person to display a weapon or a firearm. However, like Criminal Possession of a Firearm, the firearm does not have to be operable. That means a person who is charged with the crime can be convicted even if the firearm cannot fire ammunition.

Whether or not a defense lawyer can obtain a plea bargain to a lesser offense or a non-prison sentence depends on the specific allegations. Other sentencing options include 3. 4 or 5 years probation and up to 6 months jail and up to 5 years probation.

The criminal justice system is complex and can be intimidating and confusing, especially in New York. Hiring the right New York Menacing attorney is crucial in obtaining the ideal outcome when one is charged with a Menacing crime in NYC.